I’m such a huge fan of Paul Klee and his recent exhibition at Tate Modern was amazing, but what I really love are his puppets. Klee made his first, not as an artwork, but for his son, Felix’s 9th birthday and Felix loved it so much that Klee ended up making 50 more, each one becoming more experimental… 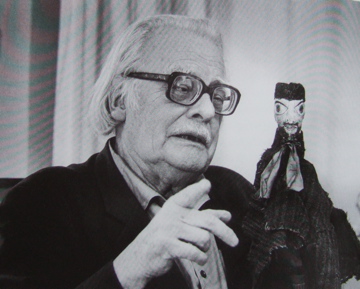 Originally the puppets were inspired by Germany’s equivalent of Punch and Judy, Kasperl and Gretl, which Klee made along with Mr Death, Sepperl, The Devil, The Devil’s Grandmother, The Crocodile and Policeman. Out of these original 8 only Dr Death survives.

The first puppets were very simple, made just from plaster and cloth.

But over time, and as Felix’s love for them grew, Klee began to experiment with more unusual materials such as electrical bits, matchboxes, cow bones, walnut shells, bristles from brushes, rabbit fur and human hair.

Below: Spectre of the Matchbox

Below: The Barber of Bagdad 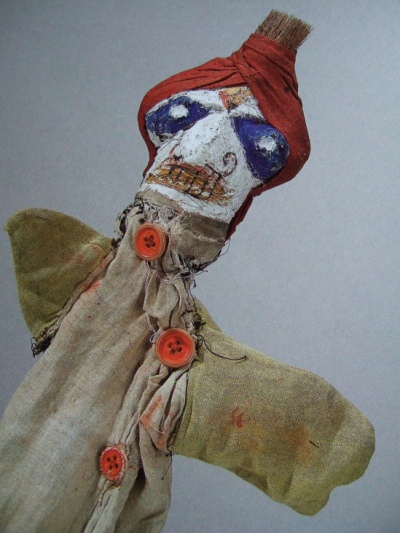 The costumes of the first puppets were not made by Klee, but Sasha Morgenthaler.  Sasha was a Swiss artist working mainly in sculpture and paint. She made the costumes from silk, cotton, linen and leather. Sasha later went on to be a puppet maker herself and eventually became an internationally acclaimed doll maker. To this day Sasha dolls are highly collectable…

Klee later went on to make the costumes himself as well as puppet theatres to put on shows for Felix in the doorway of their tiny apartment. 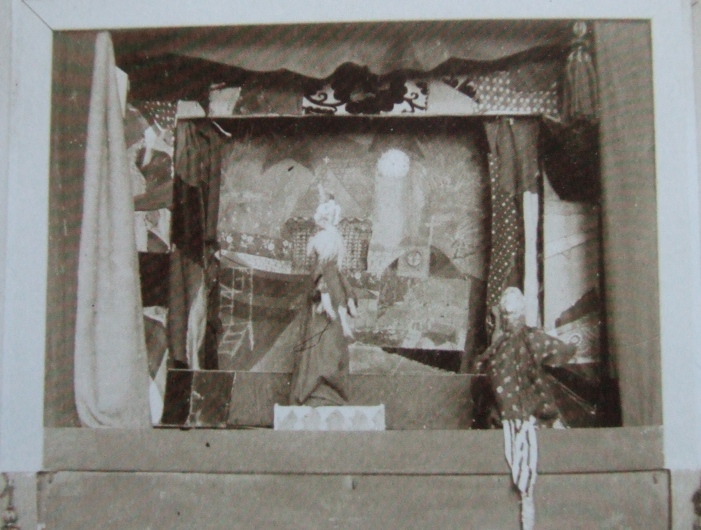 The first theatre was made from old picture frames and  illustrations from the Blue Rider almanac*.

*Klee was a member of the Blue Rider movement – a group of artists including Kandinsky who joined together as a protest to one of Kandinsky’s paintings being rejected by an exhibition. Their aim was to promote modern art and a more spontaneous, intuitive approach to painting. The almanac included primitive, folk, and children’s art; South Pacific, African and Japanese drawings; medieval German woodcuts and sculpture; Egyptian puppets; Bavarian religious art  and works by Van Gogh, Cezanne, Gaugin and Rousseau. 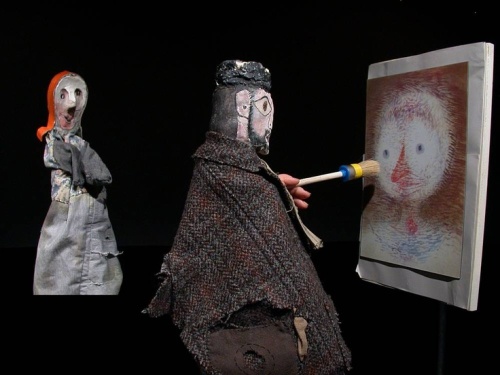 Below: Ghost of a Scarecrow, Bandit and White Haired Eskimo 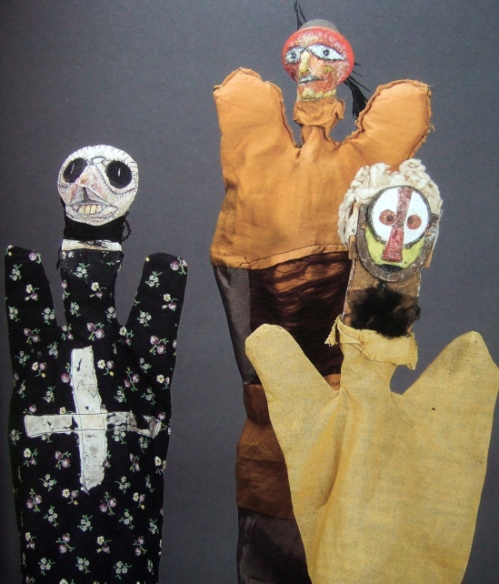 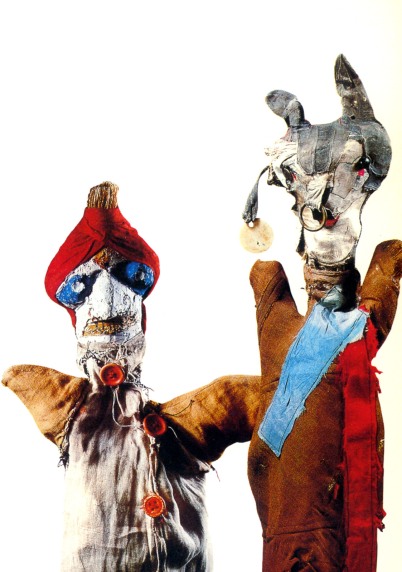 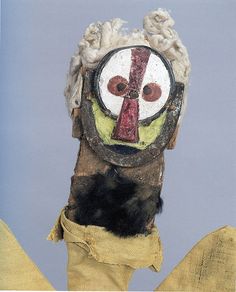 When Felix left home aged 18 he took a lot of the puppets with him. Sadly most of them were destroyed during the bombing of Wurzburg in World War II.

Klee died at the young age of 60 in 1940.  He died in Muralto, Locarno, Switzerland without ever having obtained Swiss citizenship (despite being born there). His art work was considered too revolutionary, even degenerate, by the Swiss authorities, but eventually they accepted his request six days after his death. His legacy comprises about 9,000 works of art.

And this book is a wonderful read for those of you wishing to discover more.

And listen to the fabulous Sandie Shaw here…

11 thoughts on “the raw art puppets of Paul Klee”